Dan and Kate Ritchie, a young(ish!) Christian couple, manage The Poplars. Dan grew up near Montreux, Switzerland (hence his love for skiing!), moving to Bristol for secondary school. He then attended Moorlands College before working for St Michael’s, Paris as a student pastor. From there he moved to Kingham Hill School, in the Cotswolds, where he was one of the chaplains and a housemaster to 70 boys. It was during his time there that he met Kate…

Kate grew up in South Africa, living in Johannesburg and Cape Town (hence her love for beaches!) She studied at The University of Cape Town before teaching at a Girls’ school in Cape Town. From there she moved to Cheltenham, teaching at Cheltenham Ladies’ College, Cheltenham College and Pates’ Grammar School. During this time she met Dan and after he pleaded with her to marry him, she eventually agreed and moved to Kingham Hill School, where she ran a boarding house for girls aged 11-14.

Dan and Kate have five children – James, Benjamin, Hannah, Grace and Abigail. They moved their family from Kingham Hill School to The Poplars in July 2015. Why?

“A key reason for our Christian faith is some wonderful times away with other believers. Whether it has been a summer youth camp (we can recall over 30!), a weekend away with a university CU or on a church retreat, we can honestly say that those times have led to us meeting some of our closest friends, having huge amounts of fun and most importantly learning of our Saviour’s immense love. We moved to The Poplars because we believe that it is a unique place that is ideally suited for times away and our prayer is that The Poplars will provide similar experiences for you.”

Alongside his role at The Poplars, Dan is also the Chaplain of Gloucester Rugby Club. 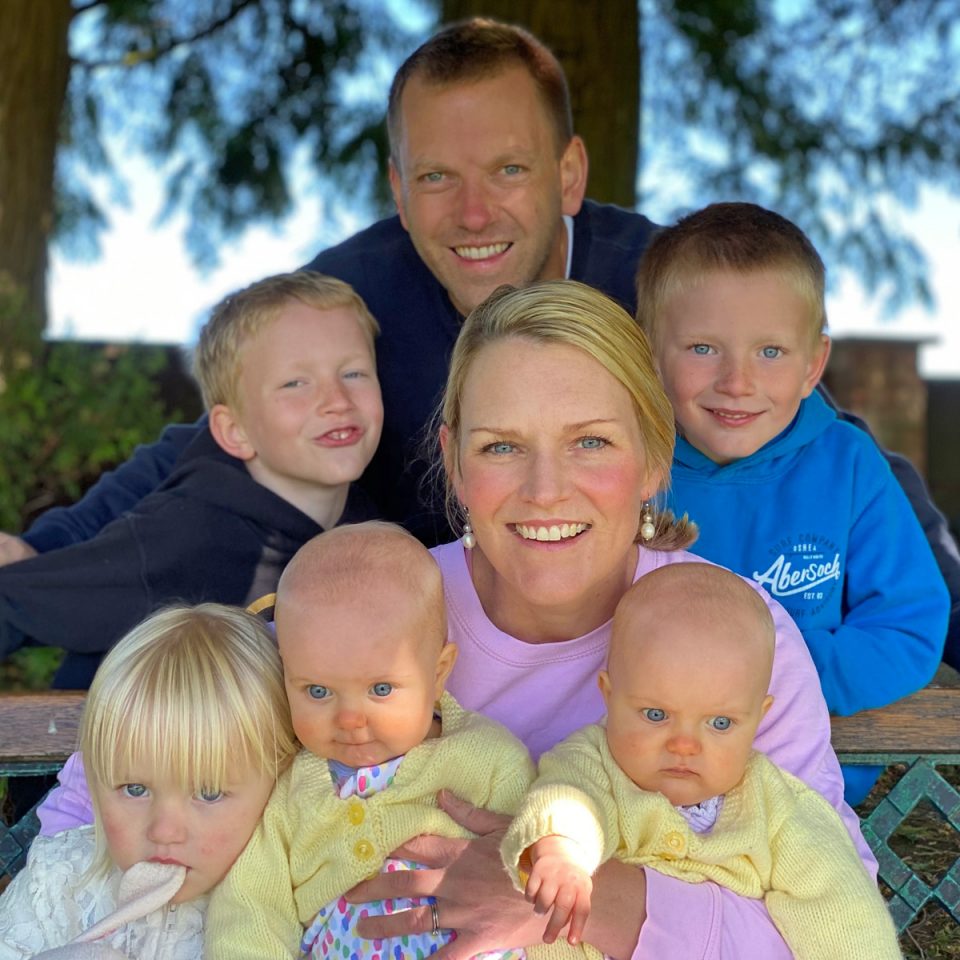 The site has a rich history. The earliest recorded house dates back to 1246 and it has had a number of inhabitants and uses since.

The majority of the farm buildings were built between 1650-1782 and more recently it was a fruit farm (where Dan spent his university summers as a farm worker), specialising in apples and pears.

It is still an active farm (wheat, turnips, pasture etc) but its main role is now as a Centre for large Christian Houseparties.